skip to main | skip to sidebar

The Philosophy of Fiction

The Philosophy of Fiction (1999): A book on the concept of fiction, that asks questions such as What it fiction? Is a work of fiction something that is true? What is narrative? What is narrative in that it can work in quite different media (drama, video, literary, etc)?. This book is written in the philosophical tradition, in particular the theory of human intersubjectivity, whether considered as a concern of Anglophone philosophy of language, critical European philosophy and phenomenology, or late twentieth century critical theory.

The Philosophy of Fiction PDF
Posted by northbank at 9:07 PM No comments:

Nature Culture (2005): A series of essays on the contemporary aesthetics of nature and ecological restoration as an art rather than as a purely functionalist discipline of ecosystem management. It begins with the understanding that there is no such thing on earth as extra-human nature and that in Australia in particular the native ecosystems have been worked on for thousands of years. The essays, written as literary and philosophical essays, are about the personal experience of nature in the rainforests and eucalypt forests of northern NSW.

Nature Culture PDF
Posted by northbank at 8:59 PM No comments:

On, in, from, over Bellingen

A collection of essays on the town of Bellingen on the NSW north coast. 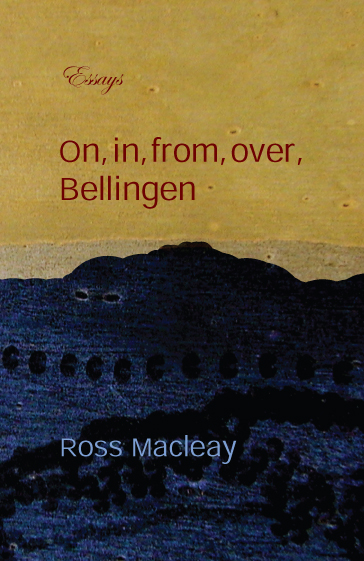 Bellingen is a small town on the Bellinger River on the North Coast of NSW. All the essays are either on Bellingen, or are set there or see the world from there, but I hope they are not as limited in their themes and ideas as they are in their geography.


There is a series of short essays on particular places and names familiar to people who know Bellingen, written by someone who is not all that taken by the notion of Spirit of Place. These essays form a setting for the other, longer essays in the book.

“The Bellingen Biennale” is about the 2012 Bellingen Art Prize and the predicament of art in a small town.


“Interesting Verbs” is about 'nature writing' in Australia, and was first given as a talk at the 2012 Readers and Writers Festival during a short walk on The Scotchman Ridge.


“The Gleaner and Me” is about the pleasures and rewards of gleaning and foraging for food.


“A Kind of Crummy Rainforest” is the third of three essays on Bellingen Island. The subtitles of the first two, published a number of years ago, were The first time as tragedy and The second as farce. This one could be subtitled Three times proves it. All three of these essays are about the ecological restoration of a rainforest that is in the geographical centre of Bellingen, only a few hundred metres from the main street.


“Contrarian Ecology” is about novel ecosystem theory, which challenges the notion that we should be restoring native ecosystems and . It appeared in 2012 in the Newsletter of The Australian Association of Bush Regenerators.


“Heritage Weeds in Latteland” is about the politics of drinking coffee under camphor laurel trees. It came out in zine form in 2001and it is the only essay here that more than a handful of readers will already be familiar with it.


“Under the Rose Myrtle”, the longest essay, is a journal of a trip to nowhere and what happened there. Beyond that it will have to speak for itself.

Like Charles Lamb I wonder 'who will take these papers as they are meant; not understanding everything perversely in the absolute and literal sense, but giving fair construction as to an after-dinner conversation; allowing for rashness and necessary incompleteness of first thoughts?'

Eastern spinebill feeds on the nectar of a flowering spike of a small grass tree
Posted by northbank at 8:22 PM No comments:
Labels: nature birds flowers video

Nothing Better to Do

Posted by northbank at 9:57 PM No comments:

Posted by northbank at 8:00 PM No comments:
Labels: cartoons 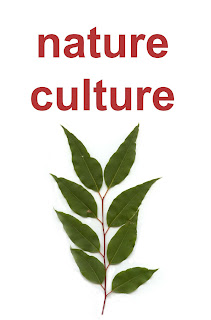 This work by Northbank is licensed under a Creative Commons Attribution-Noncommercial-Share Alike 2.5 Australia License.
Based on a work at northbankinstitute.blogspot.com.